“We are facing a human crisis unlike any we have experienced, our social fabric and cohesion is under stress. We have moved to a recession that will be worse than the one we experienced in 2008.” ― Amina J. Mohammed (Deputy Secretary General, United Nations)

Corona virus pandemic is the result of infection caused by severe acute respiratory syndrome corona virus 2 (SARS-CoV-2) that has caused 126140 deaths all around the world thus terrifying the populace of 213 territories. No one, in this technologically advanced world, is nescient regarding the symptoms and complications of the contagious COVID-19 therefore, discussion over the risks will be as repetitious as any other research. However, understanding the impact of the virus, the changes precipitated by it on the world order and unveiling the system of government in the post-pandemic world is the aim of this research.

With the collapse of communism during the Cold War era, according to the prominent American political scientist and author of “The End of History and the Last Man” – Francis Fukuyama, was of the notion that liberal democracies and free-market capitalism is the end of history and there will be no further ideological evolution in the governing system. Nevertheless, in addition to the outbreak of the newfangled crisis, the emergence of demagogues and authoritarian regimes is waning the antiquated idea of Fukuyama and neo-liberalism. Neo-liberal strategies were introduced with the purpose of strengthening economic growth yet gave rise to several upheavals for example, the financial meltdown of 2007-08.

Formerly, the world order metamorphosed due to war but now what is the reason behind changing world order? With the fall of the Berlin wall in 1989 and disintegration of the Union of Soviet Socialist Republics in 1991, world politics witnessed a profusion of changes with respect to identities, ideologies, policies and system of government. The end of the Cold War marked the pre-eminence of the West and the Western policies, goals and decisions influenced the world. Nonetheless, Samuel P. Huntington has unfolded in his book “Clash of Civilization”, the Western dominance, its victory and influence over world politics moreover, he reported the internal problems faced by the West and the shift of economic power to East Asia. Numerous factors shape up the global order that include economy, a widely admissible governing system, unassailable international institutions and influential ideology. In this day and age, the world is experiencing a unique and poignant situation that was never encountered before and is already bringing an immense change.

Henry A. Kissinger, in his article “The Corona virus Pandemic Will Forever Alter the World Order”, predicted that when the COVID-19 pandemic will be over, institutions of  several countries can remit if proper strategies are not devised. One of the major reasons is the rapid increase and spread of the disease when the countries are lacking proper vaccines and cure. Even the developed West is unable to survive this crisis because every country had always invested less in health as compared to military. Every country is lacking sufficient medical equipment and even during this catastrophe, the autocratic rulers are not ready to think beyond borders. It is high time to join hands and learn lessons from the past in order to protect the future because in the words of Henry A. Kissinger, the dangers to human health may be temporary but the political and economic turmoil will not be rather it will last for generations. When the world is envisioning the weakening of the international organizations and liberal democracies, it is important to realize that serving national interest will not benefit anyone at all rather the security of liberal norms, fortification of Enlightenment values (freedom, education and democracy) and protection of humanity is the need of the hour.

While the world is discerning the nemesis of the West, countries like China – that was already perceived as a threat by the United States of America – are in the spotlight. Today, China can be seen as a powerful country in every organization and everywhere. According to statistics given by BBC news, China has reported zero corona virus deaths on the last Tuesday of March. According to Dr. Bruce Aylward, the head of World Health Organization team in the country, China has dealt with the issue with thoughtfulness and commitment, they completely isolated the corona virus patients, testing in the country was free, hospitals were built urgently and those who didn’t reveal their travelling or symptoms, were strictly punished by the state. Now after handling the situation to certain extent, China has extended help all around the world. Moreover, according to The News, China has proved to be a true ally of Pakistan by sending medical equipment, funds to build hospitals and testing kits.

Cutting to the chase, it is essential for the international community to extend as much support as possible within and beyond the borders. Through research, it can be analyzed that the country that will survive this crisis, will shape the new world order and will sway the new traditions. Till now, China can be seen as a country that followed strict policies thus, reducing the number of deaths caused by the virus. Following China, will the leaders strengthen their rule within the states? Will the post-pandemic world lead to authoritarianism? What will be the new system of governance as liberal democracies are already diminishing with the emergence of demagogues and populist regimes like that of Donald Trump, Narendra Modi, Vladimir Putin and Xi Jinping?

Taliya Ejaz is pursuing her BS degree in Peace and Conflict studies at National Defence University, Islamabad. Ms. Ejaz is currently conducting research on the issues regarding Coronavirus pandemic and her areas of interest are current issues, conflict analysis and conflict resolution. 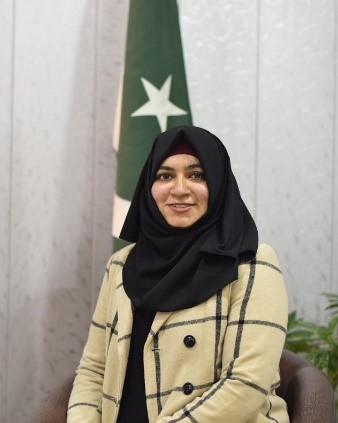