Europe Must Fight to Preserve the Iran Deal

Window to the West 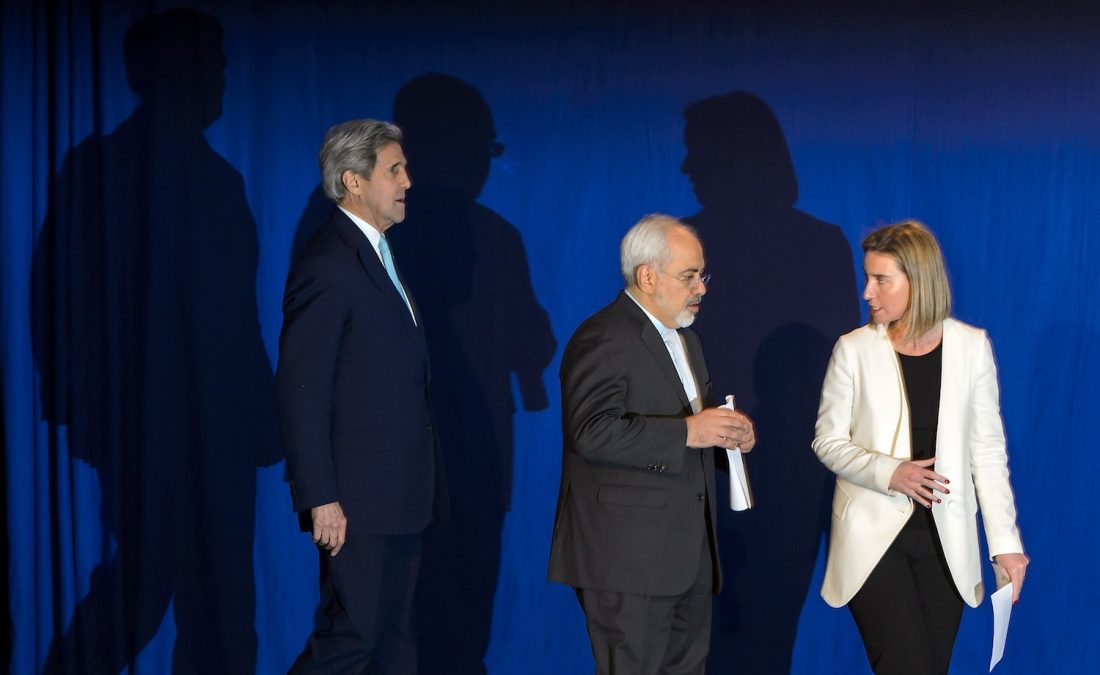 If Washington walks away from the nuclear accord, it will undermine Europe’s security and business interests. Brussels should flex its muscles now with diplomatic and legal threats.

This month, Trump issued the latest round of sanctions relief required by the nuclear deal, but it was accompanied by a poison pill. He threatened to withdraw the United States from the agreement unless Europe and the U.S. Congress agreed to work on a supplemental deal (seemingly without Iran’s involvement). In other words, Trump wants Europe to agree to reimpose joint sanctions on Iran based on triggers that did not exist in the 2015 nuclear agreement. This includes “snapping back” sanctions after certain provisions approach their predetermined expiration dates. Trump also asserted that nuclear-related sanctions should be reimposed in response to Iranian missile testing — an issue that the Europeans have clearly stated should be delinked from the nuclear deal.

Iran has repeatedly rejected any backdoor attempts to reopen the nuclear agreement. Knowing this, Trump has set a trap for Europe to help collectively kill the nuclear deal and absolve him of responsibility.

So far, Europeans have been willing to contradict Trump over Iran policy. The nuclear agreement enabled Europe to address its overriding concerns with Iran’s nuclear program while averting another military conflict in the Middle East. The deal is a success story for Europe and its global influence. Protecting it, and the decadelong process that achieved the deal, also preserves Europe’s fundamental belief that diplomacy is preferable to confrontation.

Europeans spent much of last year trying to convince Trump to do no harm to the nuclear deal. But Trump’s policy toward Iran is now clearly at odds with European interests. Even if Trump can be persuaded to renew the U.S. sanctions waivers next due in May, he is very likely to continue the charade of unpredictability. This uncertainty has chilled the business appetite of European companies doing business with Iran.

Some European officials state in private that the best option is for Europe to muddle through in the hope that Trump will eventually shift his position. But muddling through just won’t do. Trump is likely to continue increasing his maximalist demands unless Europe flexes its political muscle.

In order to protect its economic and security interests, Europe must not only reject Trump’s ultimatum — which would be a kiss of death for the nuclear deal — but also push back.

Europe should put in place a viable contingency plan if the United States continues backtracking on the deal and let Washington know it’s ready to use it.

As parties to the nuclear deal, France, Germany, and Britain are best placed to coordinate such a strategy. Europe will need to present a package (together with China and Russia) that can entice Iran to continue abiding by the core elements of the current nuclear agreement.

Iranian officials have signaled that Tehran would consider remaining in the nuclear deal even if the United States walks away so long as it serves the country’s national interests. The Iranian leadership is likely to carefully consider if Europe can offer a pathway for Iran to continue its gradual political and economic reintegration with the world.

The most fundamental aspect of such a deal will rest on whether non-American companies are able and willing to do business with Iran. If Trump refuses to reissue the next sanctions waivers required by the nuclear deal, U.S. secondary sanctions that impact non-American companies would snap back into place. Should such sanctions be reimposed, European companies with commercial interests in the United States would be significantly impaired from importing Iranian oil and undertaking financial transactions with the country. Should they decide to ignore such secondary sanctions — their assets in the United States (which far outweigh existing business with Iran) would be subject to penalties.

This article was first published by foreignpolicy.com on January 23, 2018.