Middle East is perhaps one of the most volatile regions in global politics and is more than often the reason for multiple conflicts.

Middle East is perhaps one of the most volatile regions in global politics and is more than often the reason for multiple conflicts. The sub-regional dynamics of the region are also worthy of being observed in this light. What is more is that the region is a hotspot of some unpredictable patterns of interactions between regional states, regional and extra-regional states and non-state actors. It goes without saying that the region holds importance in terms of hydro-carbon resources as well which is an added factor in terms of politics. Moreover, there is a rivalry of hegemony between some of its states like Iran and KSA and of late, Turkey and KSA. On top of this, the Syrian, Libyan, Iraq and Yemen crises are some of the most explosive in terms of politico-security frameworks. Furthermore, the extra-regional power rivalry which has spilled over in the regional dynamics is also worthy of noting where US, China and Russia are all vying for their own spheres of influences in the region to say the least. In this accord, each state has its own policy frameworks to look forward to and implement in the regional foyer and much of it is a clash of interests which makes for added nuance in the regional dynamics.

While all of this has been going on, the contemporary arena which is one marked with double the uncertainty and with Covid-19 putting the entire international order to a standstill, it certainly has some larger impacts on the dynamics of Middle East as well. A lot has perhaps already been written on the politics of pandemics, as the subject matter has suddenly become one of the latest intrigues, but where does Middle East stand and where it might has been thrown less light on.

It goes without saying that the world as we knew it will go through a lot of re-adjustments after the pandemic is managed. In this, the global politics will look inadvertently different—but in all of this chaos, it also needs to be mentioned that the regional politics might also be advanced. In one way, it can be said that even during the global lockdown, the regional politics went through gradual ups and downs. But the Covid-19 picture of Middle East will be such where one can see some revolutions in the crises and the overall political landscape. Thus, it is pertinent to map the discourse and perhaps the narrative of the regional dynamics.

This article throws light on the current system of politics in the region whereby mapping it in a way and then it is going to try to sketch out some of the possibilities of the coming anarchy as it is going to ensue in the region. It will draw both on the high politics and the low politics of the regional discourse because both are aligned and go hand in hand.

When the global lockdown due to Covid-19 was launched, it was assumed that perhaps the regional volatility might be curbed because the ongoing wars and crises in Syria, Iraq, Yemen and Libya will be halted for a while. But curiously this was not the case per se. it was also sort of feared that if all commanding actions are halted in the region, then the fight against terrorist organizations like ISIS, al Houthis and AQAP will also be put on standstill. But this was also not the case because the Middle Eastern dynamics went on their but sort of reduced their pace and slowed down.

It was anticipated that just like the global economy would be hit, the regional politics of economic and governance will also be hit immensely. Even though most of the regional states are oil producing rich states, the fears of a looming economic recession hit Middle East as well. This is what actually happened when Russia and KSA had a squabble over oil pricing began. To put matters into perspective, this oil politics took to new heights when, because of the oil glut in the region—because of the lockdown—the oil market crashed to a negative in April. What essentially happened was that the price of US crude oil crashed from $18 a barrel to -$38 in a matter of hours, because there were rising stockpiles of crude oil which threatened to devastate the storage facilities and forced oil producers to pay buyers to take the barrels they could not store. This did not impact KSA and UAE much as analysts claim the still came out of it as winners of the fiasco, but other smaller states like Iraq and other smaller producer states took hits. In this even Iran upped its ante by using its sanctions as a leverage to sell oil to states like Syria and Venezuela. Of course this has not been taken well by the Western allies of the US. This actually proves once more that despite an oil glut in the market, oil politics has ceased to be relevant and it still covers a lot of ground. Oil politics did make a comeback in 2020—because previously many analysts assumed that with the technology gaining more solid footing and environmental enthusiasts trying to sideline hydrocarbon consumption—it will not remain relevant. Even though US has its own shale oil reserves, Middle Eastern oil politics now has other actors like Russia and possibly China being involved which makes it all the more pertinent even today.

There has been the recent US pullout of the Patriot Missiles and other fighter aircraft from KSA territory which many analysts claim could be the result of the oil politics. But it points to the fact that if US has taken a step, where it leaves the US-KSA relations. Because as per a special report by Reuters published on April 30, 2020—there were claims that US leadership under Donald Trump had told Saudis to cut oil supply or lose US Military Support. This points to a significant shift in the political and strategic landscape in the regional dynamics and what might lay in the near future, with China also inching closer to all the big regional actors.

Then if one talks about the security politics of the region, especially in terms of the war theaters like Syria, Libya and Yemen—one would have thought that because of the Covid-19 on the rise, the world body and the entities involved would have halted or embarked measures to ensure ceasefires. But this was not the case and instead these three war-hit states had a two-front war theatre opened up. Where on one side, the regular conflicts were on-going and on the other side they had to fight Covid-19 from taking over, given the impoverished state of affairs.

During this time in fact, all the actors got proactive and the politics of the ensuing conflicts did not recede. Russia, US, Turkey, KSA and UAE became rather active in their stances in all three fronts. There should have been gradual de-escalation and but there was a steadiness in the state of conflicts. In terms of Idlib, there was news regarding the Russian policy to re-launch an offensive and overall the domestic context of Syrian politics was also rather tumultuous.

In terms of Libya—UAE and Turkey went on a battle of policies and a clash of interest and there in fact was a visible escalation of temperaments. In more ways the entire conflict, like that in Syria seems to have gotten a stay and rather than any end in sight, there are now more complexities and possibilities of damages on the horizon. The Yemeni case is no different and serves no other cause of any visible end in sight.

Another rather puzzling account was seen wherein, the Gulf States lay off a lot of South Asian expatriates which opened up a new quagmire because states like Pakistan have neither the policies or any proper mechanism to accommodate them, especially in an economy which is already in shambles due to the Covid-19.

In all of this, there has been a lot of hue and cry regarding the Middle Eastern and Gulf States to come up with a plan where there is economic and soft power cooperation, especially between rival states. Many of these states look at China to somehow instill this cooperation but this is easier said than done. While it is a very Utopian idea, there are many factors which need to be countered in this. It must also be added that the international order will go through changes as an aftermath of the Covid-19—but a lot of these changes were already anticipated, for example the fact that globalization has been hit so bad—was something the IR analysts predicted. It must also be claimed that in tiring times like these, things will not really change, rather evolve. The same goes for the region of Middle East.

Looking at the trends, one can easily see how things did not go through any change in the region, especially in terms of wars and conflicts

Looking at the trends, one can easily see how things did not go through any change in the region, especially in terms of wars and conflicts. Thus, the politics of pandemics brought on because of Covid-19 is only an added nuisance. States will only find new ways to fight for their interests and most of it will somehow be about looking around or past the pandemic. In terms of volatility and warfare, the regional states are rather good at adapting to the environment of complexity, especially that concerning chaos.

Of course it goes without saying that the way politics is carried will probably go through some significant evolution where states will have to show some patience in terms of meeting their goals and pursuing their interests but this chaos which was rampant before will still go on, perhaps with added furor. An added nuisance will be Chemical and Biological warfare and politics in the region which will not just come out abruptly, but gradually become a part of the regional discourse. For this, states will need to look out for and maybe show some cooperation. But in Middle East, to wish for cooperation somehow means all the states must put their core national interests aside for the sake of its neighbor. This is a rather paradoxical account and enigmas are hard to decode.

Amna Javed is a freelance analyst and currently doing her PhD from Quaid-i-Azam University, Islamabad. Her area of research includes Middle East and North African Politics with a focus on Turkey and the regional Security Dynamics. She has been a part of the Visiting Faculty of School of Politics and International Relations and worked with SPPC. 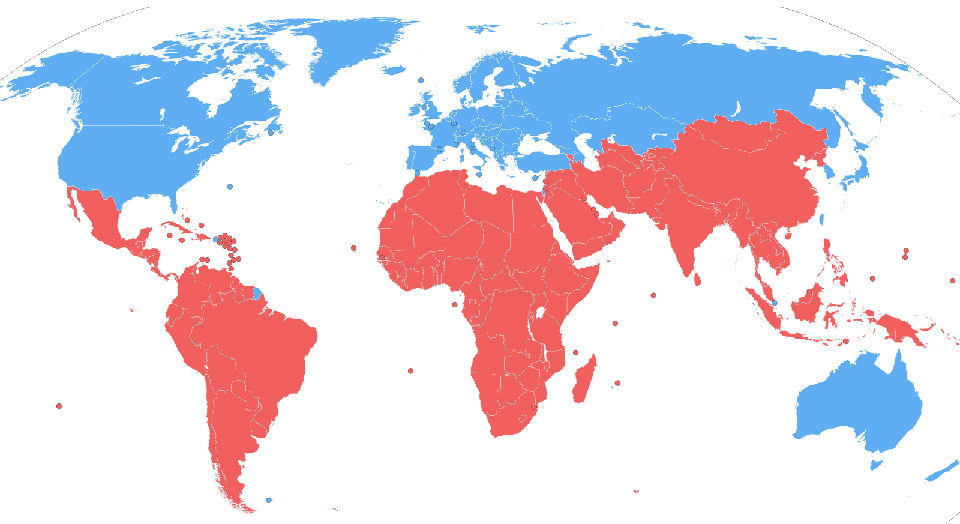