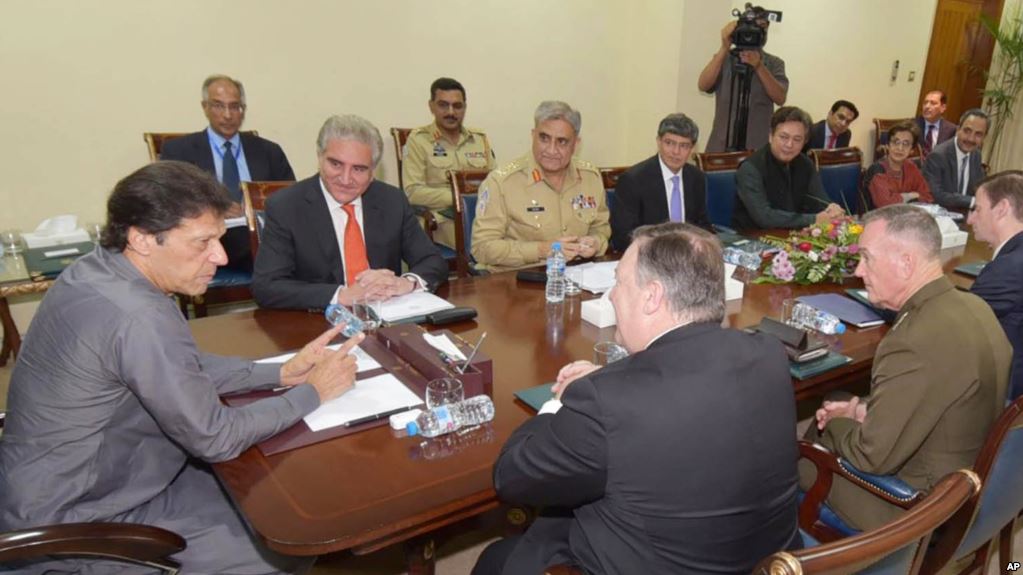 In August of 2001, Pakistan’s military chief General Pervaiz Musharraf took oath as the president of the country. A month following the vent of 9/11 and US president’s query of “with us or against us” tested the General’s grit to not only remain in power, but to keep Pakistan afloat. His calculations were not surprising as Pakistan had limited options of manoeuvring through the geopolitical storm that was brewing up next door.

Interestingly enough, Pakistan has been caught in a similar situation once again. With the new government under Imran Khan, the state is facing what it has faced before in terms of its dealings with the US. The death of Haqqani in Afghanistan along with the suspension of the remaining amount of the Coalition Support Fund (CSF) and finally Pompeo’s brief layover in Pakistan have not been considered to be unexpected moves by the US.
The Pak-US relationship has been a bane for the foreign policy agendas of Pakistan from the beginning. But unlike Musharraf’s term, this government departed Pompeo with less zeal.

Pakistan’s top civil and military brass seemed on one page during this visit. But should Pakistan be this confident of the willingness on the part of the US to move on to a better chapter? Perhaps the answer to this is not so simple. US does not like to be questioned or challenged and so far, it has imposed sanctions on Iran, Turkey and Russia no later than after high level talks with the fore-mentioned states.

Afghanistan remains a cog between Pakistan and the US. With reports of US’s intention to wrap up its decades long war in Afghanistan, it needs a safety net. While it considers Pakistan an ally, at the same time it accuses Pakistan of supporting terror groups that operate inside Afghanistan. The matrix is quiet simple yet complex.
US has been draining resources in Afghanistan without little success in stabilising the state of affairs in the country. Negotiations with Taliban are neither being proposed for the first time nor are they the first attempts of brokering peace in Afghanistan. Pakistan has supported the idea of negotiations between the two parties but previous efforts have been futile.

The solution to Afghanistan’s turmoil might be political but would require disengagement from the regional chess game. ISIS strong holds in Afghanistan complicate the plan of the US to reach a political settlement in Afghanistan. It posed an even greater threat to Pakistan while US policy makers dismissed the concerns. Hence Pakistan followed its plan to fence the Pak-Afghan border despite objections.

Taliban want to oust the regime in Kabul which they believe is one which is not completely sovereign and is merely a puppet regime imposed by the US. In this case US seems to be giving up on the current Afghan government. With ISIS in the power play, this might prove to be a bigger challenge. What ought to concern Pakistan should be the maintenance of a safe distance in case the talks fail.

Shah Mahmood is set to represent Pakistan in the upcoming United Nations session. Unlike Imran, Trump might not entertain Pakistan’s Foreign Minister. Whenever a new government is formed, other states send their delegations to achieve their interests. War on terror has been the reason for the mistrust between Pakistan and US. This carved a natural path for Pakistan to join the Russia-China sphere. The constant use of pressure tactics and accusations on Pakistan led it to see beyond US. Pakistan is reported to have reached out to Russia to procure the S400 Missile Defence System.

Pakistan shall support the solution to Afghanistan but not at its own expense, a message that was conveyed by Pakistan in the recent meeting. With Trump in power, the administration under him is trying to play the balancing act with Pakistan. A complete reset of Pakistan-US relations seems to be a faint occurrence right now. The joint statement given by India and US is an indication that Pompeo left Pakistan unimpressed with Imran’s eye to eye attitude.

But this gives all the more reason to stay attentive of what the US does and its agenda with India along with many number of deals which have been signed between the two sides and this remains a concern for Pakistan. A contingency plan ought to be placed in order to secure Pakistan’s interest regardless of the outcome in Afghanistan. As a result of suspending the CSF, Pakistan can impose heavy duty on the logistical movement of the American supplies into Afghanistan. Pakistan should by all means continue to cater its own interests but does not need to expect much from U.S. 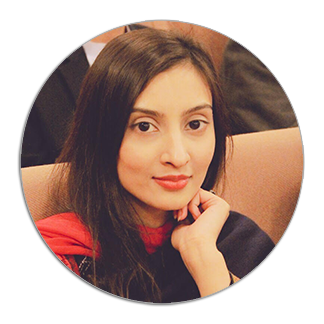