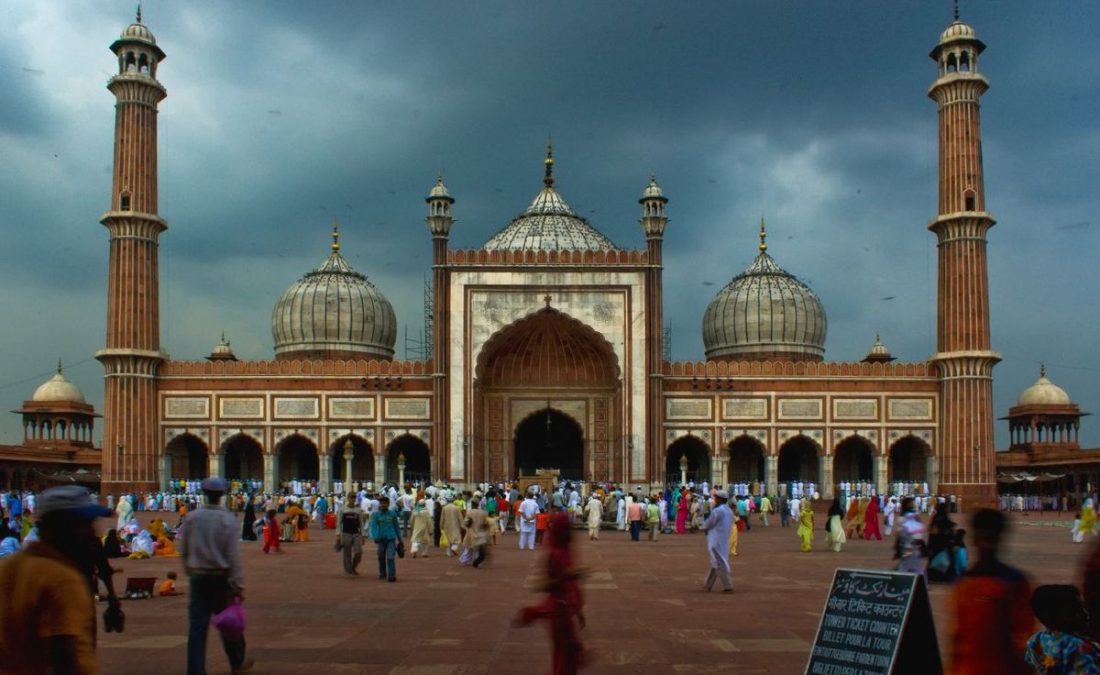 Genocide is a mass cleansing of ethnic or religious communities within a short period of time. It is a process, ordered and administered by the governments. Mass cleansing doesn’t always come in the form of physical killing. It is also pursued through structural violence, policies that restrict human growth and development of certain community in a state or by denying their basic human rights. India has been following genocide model of its own; targeting its minority and eliminating the world’s largest Muslim population in India that almost makes 182 million.

Fortnight ago, I wrote about lockdowns in Indian occupied Kashmir and how Covid-19 is proven as  one of the many genocidal attempts from Indian government to kill more Kashmiris by not providing enough and timely medical facilities and health care. The security lockdown since August 5, 2019 when India abrogated article 370 and 35 (A), diminishing the (semi) autonomous status of Jammu and Kashmir from Indian constitution, brought the most brutal face of Indian government in terms of dealing with a disputed territory of Kashmir and attempted to sabotage the indigenous freedom struggle by Kashmiris. Whatever is happening in Indian held Kashmir is an extension of anti-Muslim policy under Hindutva driven Modi government.

Contrasting to its strong opposition of Congress Party, Mr. Narendra Modi’s government is following a grand plan of Hinduizing India. Two concepts reign supreme in contemporary ultra (religious) nationalist policy of Modi government; Akhand Bharat and Hinduizing India. The concept of Akhand Bharat is an ancient one, premises well within the notion of “punyabhoomi” (Holy Land) as pointed by Chirstophe Jaffrelot in one of his articles published by Carnegie Endowment for International Peace. He relates the concept of “punyabhoomi” i.e. Holy land to be respected by only a Hindu of India, not any other religious community. For Muslims, Holy Mosques of Mecca and Madina are revered as sacred land. For Christian’s, it is Jerusalem. But Hindus belong to punyabhoomi which is Akhand Bharat, thus, creates a fine dividing line between Hindus and the rest of the non-Hindu community in India.

It is only a Hindu who can sacrifice life for his punyabhoomi which cannot be expected from a non-Hindu. Akhand Bharat or preferably United India is envisioned territory of the previously called subcontinent i.e. India, Pakistan and Bangladesh along with Afghanistan, Nepal, Bhutan and Burma. However, Sri Lanka also holds religious significance in Hindu mythology depicted in Ramayana where Sita, a goddess and daughter of Earth goddess, was taken to Lanka by Ravan. In another ancient mythology, Lankini – the deity of Lanka is also mentioned in Ramayana. Hence, Akhand Bharat, as claimed by many Indians, is a cultural concept but does have its roots in Arthashastra Chanakya’s political philosophy too. Chanakya, the military strategist and advisor to ruler Chandragupta Maurya in 3rd century BC was the originator of the concept of Akhand Bharat in ancient sub-continent history. The independent 7 states fell into one as Akhand Bharat under Maurya. Later again divided in Mughal era and then after British Raj and India lost the identity of Akhand Bharat in 1947 with the partition.

The genesis of Akhand Bharat is religious, cultural and political. It is in this fashion, Akhand Bharat becomes the base of Hindutva driven policies including Hinduizing India. The Nehruvian dream of “Indianizing Hindustan” in a secular way where Hindu, Sikh, Jain, Buddhist, Parsi, Muslims and Christians could comfortably and fearlessly live, has been transformed into “Hinduizing India” under Modi regime which has tarnished the image of second greatest secular democracy in the world.

Akhand Bharat and Hindutva are essential components of today’s Indian politics, both foreign and internal. Both Akhand Bharat and Hindutva have one thing in common – Hindus and Hinduism as primary preference to be given in terms of holiness of land, its people and politics. The religious lockdown against Muslims has taken its toll in recent years in India culminating in intolerant behavior in social segments. Citizenship Amendment Act is one of those policies under Narendera Modi’s government which ignited heated violence all over India. It is enacted by Lower and Upper house of Indian Parliament in December 2019 and fueled nationwide protests and deadlier communal violence especially in Delhi because of the discriminatory nature of the law.

The Bill grants naturalization rights to persecuted minorities such as Hindus, Christians, Buddhists, Parsi and Jain except Muslims from neighbouring countries of Pakistan, Bangladesh and Afghanistan. This has sparked violent protests and demonstration all over India where Indian law enforcement did not hesitate to use coercion to disperse the mobs. This is just one example of many policies and incidents including religiously motivated mob attacks on Indian Muslims, forcing them to drink the holy water of gowmutra (cow urine), lynching them over the slaughter of sacrificial animals during Eid-ul-Azha, ban on animal slaughter in different states of India, paranoia and hatred filled behavior against Muslims in local trade markets and very recently denying them entry to hospitals to get treated during Covid-19 wave etc.

Right wing politics is fatal for Indian secular democracy and Modi as premier of India is scary for Indian Muslims. Muslim minority has always been threatened under his administration, be it his chief ministership in Gujarat in 2002 or his premiership all over India since 2014. The question remains how India is slowly moving towards Hinduization and what future holds for its secularism?

Shortsightedness and such shallow policies of religious discrimination are pushing India towards a social collapse.

In India both secularism and the process of Hinduization have historic roots. I may not be right person to talk about religion as it’s not my area of knowledge. Yet no religion teaches violence in any form. However, certain cultural practices are based on discriminatory caste system in Indian society and that have been adopted by various other social, ethnic or communal groups also. Indian secularism can also be termed as historical. It can be seen in Mughal Emperor Jalaluddin Akbar’s times in mid-16th century when he introduced “Deen-e-Ilaahi” to stem mutual respect and co-existence in multi-religious and diverse Indian society. Deen-e-Ilaahi combined the religious ideals and principles of Islam and Hinduism together (along with inspirations from Christianity, Jainism and Zoroastrianism) to make the people feel more integrated and inclusive in the heterogeneous India. The amalgamated Deen-e-Ilaahi is therefore referred as a secular foundation of Indian society. Secularism was kept at practice in India after partition in 1947 too where all religions were living in harmony for many years. Muslims have formed a good substantial minority contributing in Indian economy through various businesses as well as enjoyed their rights in the country too. With the ban on animal slaughter in different years in Indian states such as 2014 has halted their economic well being too because of the low leather supplies and unemployment (such as cattle business and butchery) due to the animal slaughter ban.

Any religion becomes a threat when certain parts and practices are taken by its fundamentalist faction. Clergy plays a role at societal level whereas any of the fundamentalist, if elects through democratic process, becomes potentially deleterious because of his role as a lawmaker. This is exactly what is happening in India right now. The right wing Bharatiya Janata Party and its law-makers in India are gradually moving towards religious nationalism which is going to cost them heavily in future. It has started with religious lockdown against one minority, it will move towards other minorities too and will lead to ethnic, sub-ethnic divisions and then finally an already embedded caste system will automatically be vulnerable to more frictions and discrimination. Religious suffocation is worsening the economic, psychological, political and social life of Indian Muslims. Where shall 182 million Muslims go then? They won’t be able to migrate to or seek asylum from other neighboring countries like Bangladesh and Pakistan being densely populated already with struggling economies. Opting for migrating to the west and Europe will vanish the soft image of ‘shining India’. Hence, Muslims are left with the only choice of suppression by majority group and the government.

This is no good for a bigger country which enjoys interesting geographical location in Asia, having biggest land mass in South Asia, second most populous and a home to many religions such as Hinduism, Islam, Jainism, Sikhism, Christianity etc. and a major regional economic giant with trillion dollars of international investments in Indian market. Shortsightedness and such shallow policies of religious discrimination are pushing India towards a social collapse. Economy, politics and society are closely knitted aspects. Any political development affects economy and ultimately society or vice versa. A heterogeneous society with gradual process of racism and religious nationalism brings ultimate death to a nation and then nation-state. India, with all its anthropological and civilizational richness, has inspired the world. Religious hatred and nationalism minimizes the opportunity of progress and prosperity to progressive paths. India needs political wisdom and inclusive policies to invest on its demographic fabric. A culturally diverse population is a great human resource, representing not only the fairness of a democratic government but also contribute to thriving economy. A multicultural and religiously diverse society promises India a greater leap in global economy and politics.