The Uniqueness and Complexity of Afghan Peace Process

FROM STREETS OF BISHKEK: PROTESTS IN KYRGYZSTAN

The high and rigid glaciers of malevolence between Azerbaijan and Armenia over the conflicting territory of Nagorno-Karabakh have become bait to warming of tensions since July this year, when both blamed each other for cross-border shelling on civilian population, resulting in casualties. Although tensions reached a stalemate position, quick enough in July, yet September and October are witnessing another flare-up, more intense than that in July. 27 September, another series of blame game among the disputants began with who targeted, first.

The de-facto border, Line of Contact, in the heart of Caucasus is between Shiite-Muslim majority, ethnic Azeris and Christian dominant, ethnic Armenians, while the land of discord, NK is internationally recognized as part of Azerbaijan but is under control of ethnic Armenians.

Nevertheless, this sudden escalation, second in two months has resulted in dozens of casualties on both sides and has wounded more than 100 as counter-aggression has entered second week, with martial law imposed in the contested lands of Nagorno-Karabakh as well as Armenia. The de-facto border, Line of Contact, in the heart of Caucasus is between Shiite-Muslim majority, ethnic Azeris and Christian dominant, ethnic Armenians, while the land of discord, NK is internationally recognized as part of Azerbaijan but is under control of ethnic Armenians. Not just the disputed territory of Nagorno-Karabakh, but the adjacent areas of the sovereign Republic of Azerbaijan are also under Armenian occupation for 30 years.

Mentioning the long-standing occupation since more than 30 years now and the decades spun-out from Yerevan to Caspian, crossing bird’s peak, Baku, has not always been a zone of dispute, rather it has seen its glorious days under Safavid Empire which passed on the land to the Russian Empire under the Treaty of Gulistan, 1813. This lasted long until the bond between the Tsar and Russians was mildewed with corruption and was shaken with its incompetency in WWI against the Germans which crippled its economy further, and led to the famous Bolshevik Revolution of 1917. With Russian troops’ withdrawal from the caucuses upon the catastrophic and traumatic defeat in World War I, Armenia, Georgia and Azerbaijan joined hands for a short-lived attempt of establishing the Republic of Transcaucasia. This effort for a joint autonomy which started in February, 1918 ended in May that year and the three states became independent, yet Baku, capital of Azerbaijan remained under communist regime and so with the assistance of the Ottoman army, Azeri were able to get control of their capital in 1918. It is the same year in which history witnessed Armenian genocide.

Turkey is siding with Azerbaijan while Russia is a conventional ally of Armenia, neighbor to both, Iran has offered to mediate in order to de-escalate the situation.

While history speaks about genocidal atrocities suffered by Armenians, the Khojaly incident of 1992 with increasing occupation of Armenia on Azerbaijan’s territory, along with mass casualties and local displacements, is no less than a massacre for Azeris. This ethnic massacre had its formulation with the creation of de facto state of Azerbaijan which was soon ambushed by the Red Army and so Azerbaijan and neighboring two states became Transcaucasian Soviet Federated Socialist Republic that aged more than 7 decades, until Soviet Union collapsed and the seeds of ethno-religious differences grew in to quest for oil and natural gas rich territory of Nagorno-Karabakh between Armenia and Azerbaijan. A Russian brokered ceasefire was signed in 1994 in Bishkek, since then Azerbaijan claims that NK and adjacent Azeri areas that are under Armenian occupation, while Armenia denies the claim. The situation of frozen stalemate, until 2016, when conflict was re-ignited after decades of dormancy and desire of Azeri to return to their land re-emerged often known as “Four-Day War”

With the international community condemning the recent outburst of conflict, regional actors have chosen their poles, already. Turkey is siding with Azerbaijan while Russia is a conventional ally of Armenia, neighbor to both, Iran has offered to mediate in order to de-escalate the situation. Just like Syria and Libya, the disputed land of NK can be a location where both Russia and Turkey can play a game of influence. Azerbaijan’s peace is essential for Turkey and Europe as it provides gas and oil to both, eventually reducing Europe’s dependence on Russia. Seeing Azerbaijan, taking lead in gas supply, and supporting Armenia, against Azerbaijan can be a good tactic adopted by Putin, in his struggle to maintain power balance in the region. Meantime, Russia is supplying artillery to Armenia, Turkey has maintained blockade on Armenia since 1993. Another point of matter for Turkey is increment in Kurdish militias in Armenia which are using the Armenian land against Turkey and its ally. The counter actions of both states might encourage NATO’s participation in the rising tensions.

Although, Iran has offered to settle disputes through table talks, yet it has tilt towards Armenia, despite having a substantial number of ethnic Azeri living on Iranian soil which is a Shiite dominant state. The possible reasons for this tilt, after analyzing the situation can be: Iran’s alliance with Russia in Syria and its antagonism towards USA, as well as, its trade ties with Armenia, Moreover, rise of Turkish nationalism among ethnic Azeri living in Iran and the fear of ‘Greater Azerbaijan’ is another matter of concern for Tehran. Adding to the discontent between Baku and Tehran is Azerbaijan’s relations with Israel, a by-birth adversary of Iran. Furthermore, Georgia’s interests are also at stake, humanitarian crisis, refugee influx and instability in energy supply from Azerbaijan would affect Georgia, as well. Other states who are members of Organization for Security and Cooperation in Europe, Minsk Group which is co-chaired by France, Russia and USA have shown consternation over the increment of use of military between both contestants.

Mentioning Minsk Group, it has seen repeated failure in its attempts to resolve the long-living conflict of Nagorno-Karabakh, with the last blow to the peace process in 2010. Current situation of conflict and regional reactions raises questions about whether Azerbaijan will regain its lost territories through military might, as it has already regained the strategic peak of Murovdag, along with 7 villages or any peace attempt will be there to rescue both, from military retaliations. No doubt, the international community recognizes Azerbaijan as sole and legitimate owner of Nagorno-Karabakh and adjoining areas, occupied by Armenia. United Nations Security Council’s resolutions 853, 874 and 884, besides United Nations General Assembly’s resolutions 19/13 and 57/298 recognize NK as part of Azerbaijan. Similarly, Parliamentary Assembly of Council of Europe’s resolution 1416 admits Armenian occupation. Broaching about the non-fulfillment of the resolutions and international acknowledgement of ground realities, Nagorno-Karabakh presents another picture of failure of international diplomacy and role of humanitarian organizations, just like in the case of Israel-Palestine and Cyprus in quest of resolving conflicts. 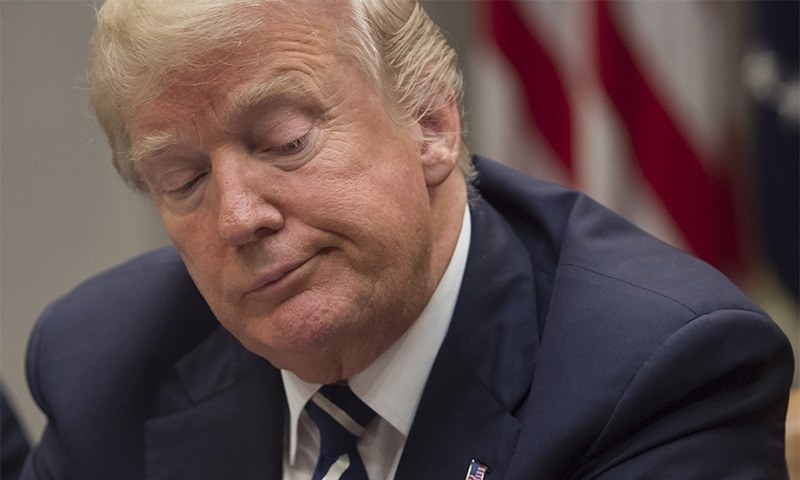