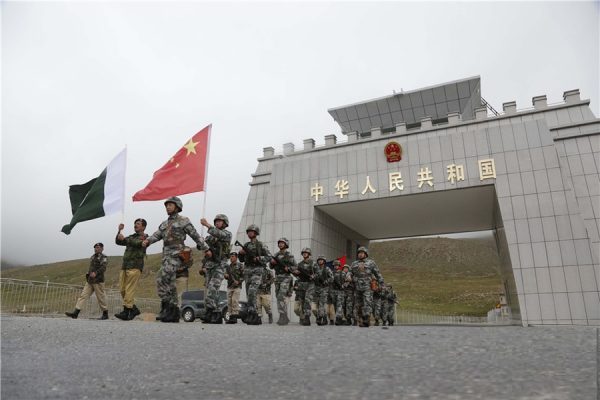 Sino-Pak relationship is a paragon of friendship which is often termed as higher than the sky; deeper than the ocean and sweeter than honey. 1950 marks the initiation of China-Pakistan relations. In initial days of their friendship, China was not contented with Pakistan’s tilt towards the western countries. However, Pakistan had expressed its desire to foster friendly relations with China even before joining the South East Asian Treaty Organisation (SEATO).

Later, Pakistan tried to convince China, during Bandung conference in 1955, that Pakistan’s involvement in Western military alliances is not a corollary of fear of aggression by China but to counter the Indian threat, which was true. Pakistan’s joining of western alliance was to counter Indian threat to the fledgling country. This assurance on behalf of Pakistan proved a catalyst in brushing aside China’s misunderstanding on involvement of Pakistan in the Western alliances.

Indo-China war of 1962 added warmth to China-Pakistan relationship. As a result, Pakistan and China came closer in the wake of 1962 and their strategic ties improved. The United States of America and USSR overtly supported India against China. Moreover, China had no idea of Pakistan’s strategic importance. It was the war with India which made China realised Pakistan’s indispensability to counterbalance Indian threat. Thus, China exploited the historic enmity between India and Pakistan and started seeking cultivation and consolidation of friendly ties with Pakistan to balance India. Owing to western assistance to India, Pakistan became more fearful of India. Therefore, Pakistan supported China against India with the economic and military assistance the west had provided to Pakistan to counter the rise of communism.

During Indo-Pak war of 1965, China provided Pakistan with economic, diplomatic and moral support. Moreover, China also gave ultimatum to India to stop her military endeavours at Chinese border. During 1971 war between Pakistan and India, China conferred complete diplomatic support on Pakistan and declared India as an aggressor.

Supporting each other during the wars made Pakistan and China closer to each other after every event.

Supporting each other during the wars made Pakistan and China closer to each other after every event. Cold War made the relations between the two countries enduring and lasting. Both of the countries became all-weather friends. After Cold War, a slight shift in China-Pakistan fraternal relations can be witnessed. However, Pakistan remained geo-strategic ally as significant as it was during Cold War. Pakistan’s foreign policy towards China remained amicable after 9/11 in spite of the fact that Pakistan had changed most of its policies with neighbours.

Geo-strategic location of Pakistan is indispensable to China in a sense that Pakistan is situated at crossroads of three major regions of the world. Those regions include; South Asia, Central and West Asia and Middle East. Not only is Pakistan economically important for China but it is also important strategically. Both countries have established deep ties in the field of defence as well.

On a visit of the Chinese premium to Pakistan in 1989, both countries had signed a pact under which Pakistan was pledged to be assisted in installation of nuclear power plant. A significant development occurred in China-Pakistan relations in 1992, when China supplied Pakistan 34 short-ranged ballistic M-11 missiles. In 2005, China and Pakistan had also signed a treaty ‘The China-Pakistan Treaty of Friendship, Cooperation and Good-neighbourly Relations’. This treaty dissuaded both the countries to join any alliance which might infringe against the security, sovereignty and territorial integrity of any of the two countries. Both countries have endeavoured to develop JF-17 thunder aircraft’s. China has also provided K8-Karakoram advance training aircraft and F-22 Naval Frigates to Pakistan. China has endowed Pakistan with advanced weapons to make it a strong military power in South Asian region. On the other hand, MIGs, artilleries, frigates, tanks, etc. from China hold merited attention in the armour of Pakistan. China and Pakistan are developing Aeronautical Complex. China also supports ballistic missile program of Pakistan. Furthermore, in 2016 China and Pakistan reached an agreement to build six new maritime patrol vessels for Pakistan’s Maritime Security Agency (PMSA).

China also pledges Pakistan to provide new diesel-electric attacked submarines by 2028. Despite the sanctions by the US, China has consistently supported Pakistan’s military modernisation endeavours.
China-Pakistan defence ties are primarily the result of the maxim which reads ‘enemy of my enemy is my friend’. China supports Pakistan not only to strengthen Pakistan’s military might but also supports to curtail Indian rising influence which might otherwise go against the interests of the rising China.

China and Pakistan have a long history of amicable and time-tested relations. Their ties are not confined to military but also extend further to economic field. China-Pakistan economic ties betoken amicability and high spirits between the two countries. The perfect epitome of their economic ties is China-Pak Economic Corridor (CPEC).

China is the second largest economy of the world. It is the greatest importer as well as exporter. China-Pakistan friendship is the corollary of mutual trust and amicability. Economy is a backbone of any country. Both countries have welcomed strong economic ties. China has gradually increased her economic investment in Pakistan which is indispensable to the economic development of Pakistan.

CPEC provides both countries with an opportunity to play a greater part in the marginalization and economic uplift of the region. China by investing in the infrastructure, Specialised Economic Zones, energy and security of Pakistan will not only strengthen Pakistan’s economy but also make the country secure for Chinese future investments. This will also be beneficial for the industrialisation of the China’s neglected region of Xinxiang, where the separatist movements are undergoing. Thus, it is more of a symbiotic cooperation.

However, the critics of the project have raised some issues over the relative gains of the project. China may brush aside such complaints by involving Pakistan’s labour into the project. It will give Pakistani people a sense of ownership.

In addition to this, China and Pakistan share a history of cordial relations in nuclear and energy sectors. China supports Pakistan in its pursuance of atoms for peace where Pakistan can invest in energy to meet its everyday demands. China and Pakistan concluded number of military treaties. Chashma Nuclear Power Complex is the cornerstone of Sino-Pakistan friendship. CHASNUPP 1 and CHSANUPP 2 have been constructed with the help of China. Chashma 3 and 4 are undergoing construction and expected to be completed this year. China has assisted Pakistan in building Kahuta nuclear reactor of Pakistan. In addition to this support of China, “the Chinese also transferred tritium gas, which is used in the manufacture of a hydrogen bomb.” China also supported to safeguard the already developed KANUPP reactor (originally build with the help of Canada) with heavy water (D2O).

It is a matter of concern that why China has proliferated Pakistan with nukes. China may have two pronged objectives behind such a proliferation of Pakistan’s nukes. First, it is the encirclement of India which induces China to assist Pakistan to counterbalance India. China sees in Pakistan a capable deterrence to deter India. It will bracket India to remain in arms race with Pakistan and to vie against to come out of South Asian region. China does not want India to rise at Asiatic level. Secondly, it provides China a leeway in China’s age old stance of no first use. China, if implied, is using Pakistan as a proxy and can instigate a nuclear conflict in South Asia. Thus, China is harbouring the policy of confrontation with India, but implied due to interdependence between the two countries.

The triangular relations among China, India and Pakistan form the South Asia region a complex one. The race of hegemony not only has involved China in South Asian power politics but also invited the US to the power play. The involvement of regional and extra-regional powers in this region has proved a fire to warmth strategic entente between China and Pakistan. The US has found in India a strategic partner. Reluctantly, Pakistan plays proxy at the hands of China to thwart Indian potential threat to China. Hence, it is not hackneyed to say that the South Asian region is the world’s most volatile and a complicated region.

Cooperation and confrontation in South Asia works hand in hand. There is cooperation among the countries at the platforms of regional and international organisations. Owing to emergence of the non-traditional security threats, countries have to cooperate in order to secure their interests. Side by side they are also pursuing their national interests by plunging into the policies of confrontation.