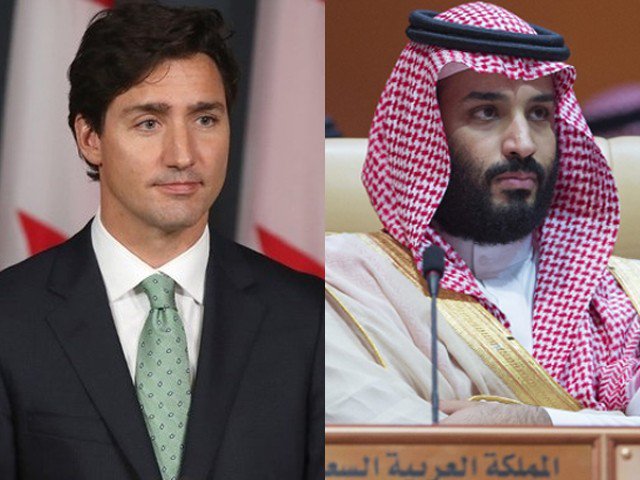 In the international realm, things neither have a set pattern or any kind of order; things occur and more than often give rise to expansive rifts and ordeals which add to the anarchy. States and statesmen sometimes take actions which can draw out larger results and broad implications. Sometimes things are planned and at other times they are simply miscalculated. With the over the top usage of social media by mainstream politicians, statesmen and even the top leadership—the uncertainty of what comes and goes has not only reached new heights but it has made everything fast paced, even conflict. The recent fiasco which took place between KSA and Canada fits well in this frame.

As always there are no right or wrong sides, there are no protagonists or antagonists—just variant perceptions which exist and two states which sit at the helm of an over-reaching diplomatic crisis. Canada has always been a state which has been involved in standing for human rights and being vocal about them. KSA on the other hand has been vocal about its stand on punitive actions which go on and about in its land. This fall-out is an odd brew of two sides having variant policies clashing and sticking to their line of action.

In the beginning of August, Canada raised alarm over the fact that in KSA there is almost no human rights protection and the case in point was the banning as well as imprisonment of many human rights activists. Canada had visible concerns especially towards Samar and Raif Badawi who are held by the KSA along with many others like Hatoon al-Fassi, a leading voice for women’s participation in civil life; human rights defender Khaled al-Omair; women’s rights activists Loujain al-Hathloul, Eman al-Nafjan, Aziza al-Yousef, Nouf Abdulaziz and Mayaa al-Zahrani; Ms Hathloul’s 80-year-old lawyer, Ibrahim al-Modaimeegh; and the activist Abdulaziz Meshaal. Most of them face around 10-20 years in prison over charges like contacting foreign sources, apostasy, insulting Islam and many believe on grounds of simply activism against the Saudi regime.

Perhaps the high point was reached when the Canadian Minister of Foreign Affairs, blatantly stated on Twitter the concern over human rights violation by the Saudis. This tweet was not well received by the Saudis at all and thus the feud began. Initially there was a war of words between the two sides in which this Canadian tweet was looked upon as foreign interference in a domestic issue. Furthermore it was categorically stated that more of such vehement claims from the Canadian side will not be tolerated. Even the Crown Prince MbS was categorical in his statements of how Canada ought not to interfere in the matter which Saudis have full authority on.

What followed was so much more, very soon the diplomats and ambassadors of Canada were being expelled and then KSA froze all trade with the state. In addition all the Saudi students which are currently enrolled in various Canadian universities are being told to leave as well. This diplomatic rift which emerged in quite uncertain and unexpected circumstances has now turned rather murky due to the fact the very soon all the international states began to take sides. What is more is that this fiasco like situation does not seem to fizzle out and there is no interest being shown to put this small flame out. In any case, this fiasco has some dire impacts and implications which are not just related to KSA and Canada but affect the whole international arena.

For starters, there is a great oil dependency of Canada on KSA which amounts to CAD$20.9bn which made KSA its second largest oil importer. The first happens to be US and while the Canadians can satiate this oil dependency by importing oil from the US due to the trade freeze, there are other areas which will impact the economic well-being of the state of relationship between the two sides. The trade volume which increased to around US$3bn in 2017 will be massively halted. Even though both sides have other big trading partners, this will cause discrepancies in their perspective economic balance. Vehicles as well as transport and agriculture areas will perchance be the most affected out of all.

But the impacts are not just economy based—there are other aspects especially in the domain of politics which will cause certain ripples. Canada has called upon UK, US and even EU states to take some action against the human rights violations by the KSA but not met with any positive answer. The most important out of these states happens to be US—it has cordial relations with KSA which have reached to new heights in the recent times. It maintains good relations with Canada as well but lately the bilateral cooperation between the two neighbours has been shaky. It seems that the US might actually get more benefits as a result of this rift than in the mending of the ties between them. In any case it is not going to disrupt its relationship with KSA over this issue and especially of human rights violations.

Canada happens to be a state which seldom involves itself in conflicts of other states unless necessary to its own interest. This calling out seems to be more than just that, not only is Canada vested in the Badawi family which have taken refuge in Canada but in a way this seems to be a caveat to KSA with its involvement in Yemen and Syria and particularly some of the human rights infringements in Yemen. It is not seeking out to involve itself in the gory Middle Eastern crises—but perhaps it seeks to do what other bigger powers are not really doing; investing in the human toll. But in any case, this rift can make strange bed-partners of states and even if Canada is not invested to poke its business in the Middle Eastern crises ridden states, these states will be showing interest in Canada and will be looking at it as an option for expanding their economy with to counter the prowess of the US.
KSA on the other hand is not entirely wrong in stating that Canada is seeking interference in its domestic policies. But there are certain factors which it also needs to cater to. MbS is now embroiled in policies via which he seeks to repair the Saudi image as a softer power; the lifting on female driving ban, opening of cinemas, allowing the population to watch football etc. served as ways which were looked upon as some positive developments in the new age which seems to be approaching KSA. But on the other hand, the frailty of these claims was also made to be visible by undermining the activists. And perhaps it was not even that, but the reaction which KSA employed in dealing with Canada was conceivably a step going too far by normal standards. All it did was prove counter to the liberal KSA and set it back once again.
There are, as mentioned before, no antagonists or protagonists here, only states which have critical or harsh policies and agendas. The only thing which comes out of this fiasco is the chain reaction which is just around the corner and can be triggered at any time and go on to cause ruptures in the international system. 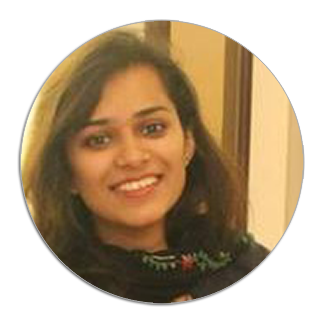 Amna Javed
Amna Javed is a graduate of School of Politics and International Relations, Quaid e Azam University, Islamabad. At the moment she is engaged in her post-graduate research focused on Middle East and Turkey